The number of wells placed on production decreased by 39 per cent in 2020 due to collapse in oil prices. The global economic shock of the COVID-19 pandemic, combined with unexpected surplus of oil supply and resulting high storage inventory levels, led to historically low oil prices. The number of wells placed on production is projected to increase by 42 per cent in 2021 as the economy recovers, alongside higher prices. From 2021 to 2030, activity is expected to improve as additional market access and prices strengthen.

Figure S4.3 shows the average daily production of crude oil and the number of new wells placed on production.

Of the total number of wells placed on production in 2020

The decrease in well activity was driven by lower crude oil prices and disciplined capital spending programs by producers shifting away from new growth. Due to market uncertainties, producers adjusted their capital spending programs to focus on optimizing existing assets, repurchasing shares, and repaying debt. Producers who invested in new wells either targeted higher-value light density crude oil or drilled in areas with lower capital costs.

Producers continued to cut costs through advancements in drilling and completion, which allowed some producers to drill longer wells in shorter periods of time at a lower cost per metre. For horizontal wells using hydraulic multistage fracturing, the increased fracturing stages per well and longer well lengths have resulted in higher production rates and slower decline rates.

Figure S4.4 shows the wells placed on production in 2020 by Petroleum Services Association of Canada (PSAC) area and their distribution in the Cardium, Viking, and Mannville Formations. 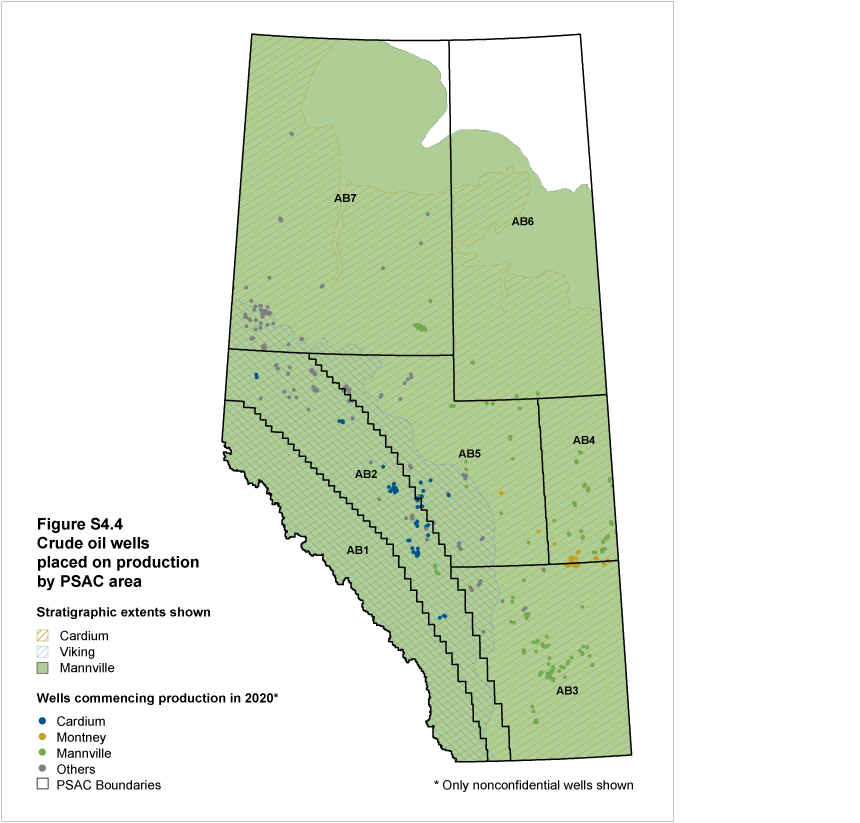 The total number of new oil wells placed on production is expected to reach 1980 by 2030. However, the number of new wells is projected to decrease from highs reached between 2010 and 2014 (Figure S4.5), mainly because of relatively lower oil prices, and fewer vertical wells being drilled in favour of more horizontal wells which are longer and more productive. Producers are expected to continue targeting light crude oil because of its higher economic value. This should increase activity in the Cardium, Montney, Duvernay, Viking, and Mannville Group Formations.

Table S4.2 shows the number of new wells placed on production for crude oil by PSAC area, including forecasts to 2030. 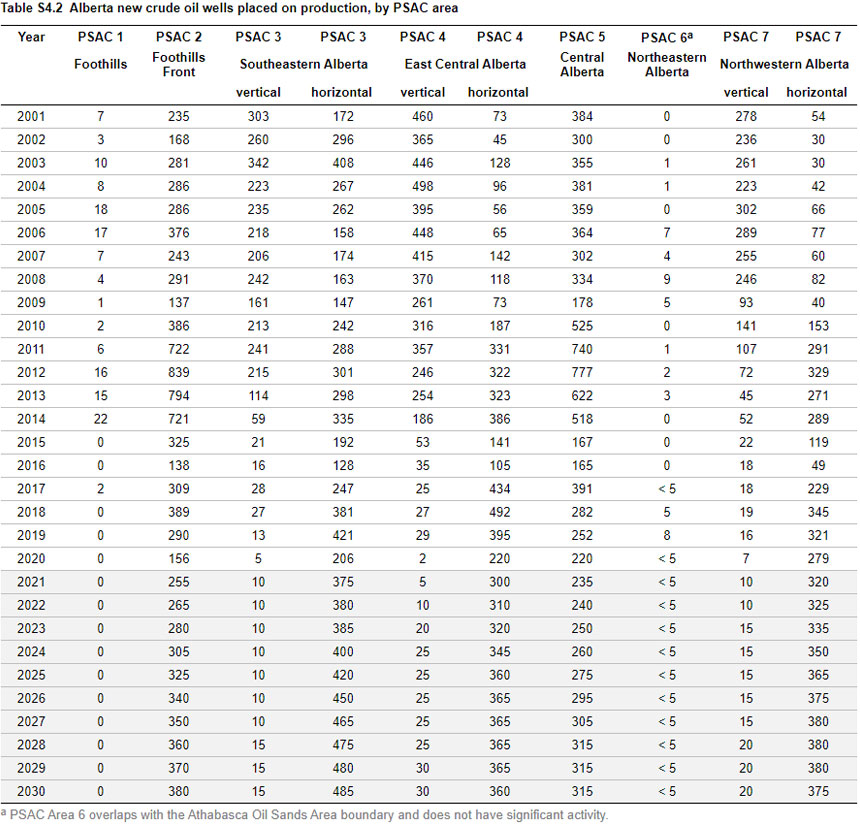