Geothermal energy is heat that originates deep below the Earth's surface that can be used for heating or generating clean electricity. Geothermal heat sources include heat created by or derived from:

Geothermal resources provide the province with a potential source of alternative energy to help meet the power and heating demands of Albertans. There are many possible uses for geothermal energy in Alberta:

There are three main geological regions in Alberta (from west to east): the Rocky Mountains, the Western Canada Sedimentary Basin, and the Canadian Shield. Deep geothermal potential is higher on average in the western regions of Alberta.

Geothermal potential increases with depth below the surface (see figure). 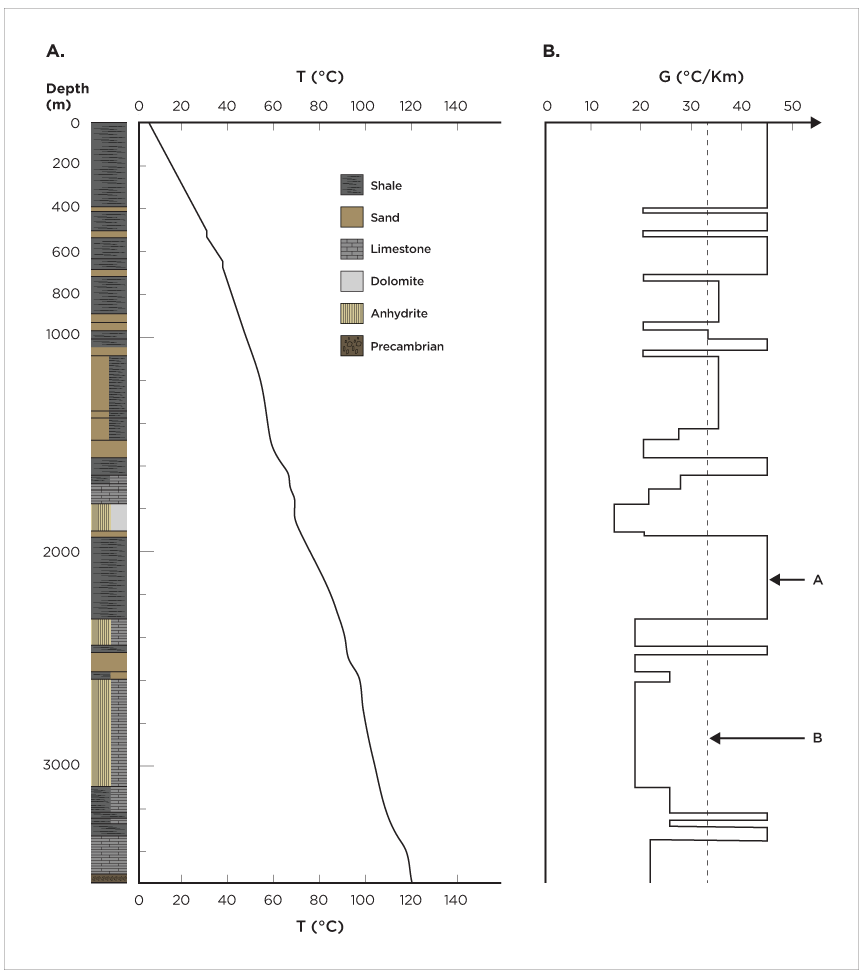 Types of Geothermal Development in Alberta

The potential for deep geothermal development varies across the province based on reservoir temperature, depth, and other characteristics. 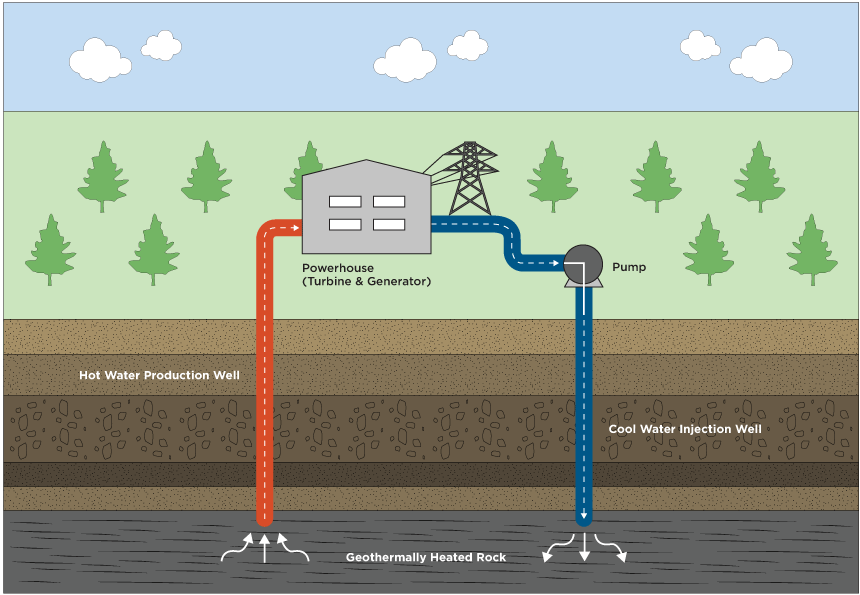 The open- and closed-loop systems are the two main configurations used for deep geothermal development (see figure below). These systems can be co-located with existing oil and gas operations.

Open-loop systems involve circulating water from a porous rock formation through wells drilled into the formation. Water will collect in the wellbore as it seeps through the naturally porous rock. Hydraulic fracturing can be used to free water trapped within the formation to flow more easily to the wellbore. Hot water collected in the wellbore is circulated to a geothermal facility on the surface to extract the heat from the water. The now relatively cooler water is injected back into the same formation through other wells where it will be naturally reheated. 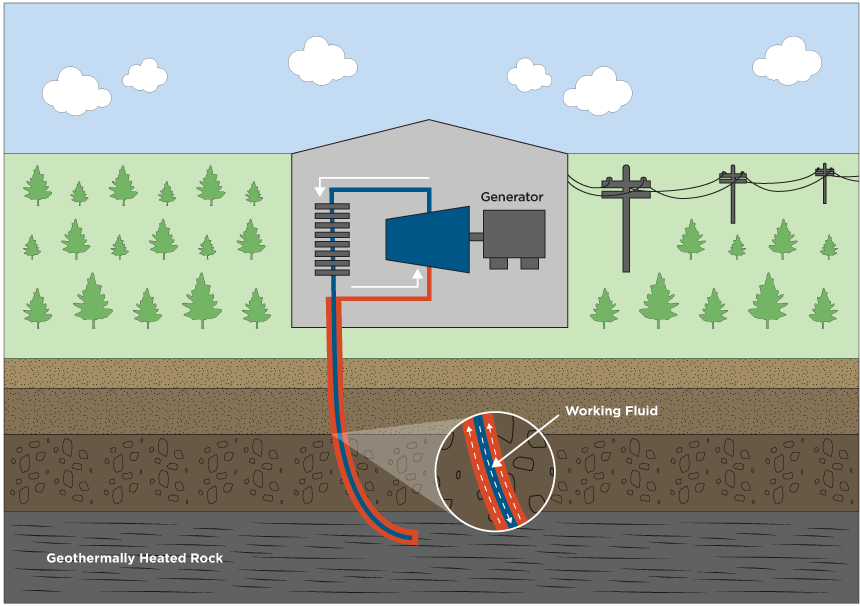 In October 2020, the Government of Alberta introduced Bill 36: Geothermal Resource Development Act to establish legislative authority for land use and liability management related to geothermal resource development. The act received royal assent on December 9, 2020. The geothermal policy enables the government to establish the requirements for land use and liability management and protections for landowners and mineral rights owners.

As of December 8, 2021, the AER now oversees deep geothermal resource development. The AER is working to publish final requirements in the spring of 2022.

While the AER is not able to accept geothermal applications until the rules and associated regulatory instruments are finalized, we will work with industry stakeholders to answer any questions about application processing, timelines, or procedures.

We will monitor geothermal developments using our liability management programs and processes to support responsible development. We will assess and identify the risk associated with each licensee's proposed development and their ability to meet their regulatory and liability obligations. More information will be available in 2022.

Geothermal development is included in our compliance assurance program.

Licensees must meet all regulatory requirements and ensure the protection of nonsaline water. Additional information can be found on our Water webpage.

Questions about geothermal resource development, including application submission, licences, and transfers can be emailed to @email. Questions may also be directed to our inquiries line at 1-855-297-8311.