In 2020, 591 natural gas wells were placed on production in Alberta (Table S5.1). Over 93 per cent were horizontal wells, of which close to 95 per cent were completed using multistage fracturing (MSF), a share that has nearly doubled in the past decade. These wells use long legs to reach across a larger section of the formation, and target deeper, more productive and liquids-rich formations.

Three-quarters of all horizontal MSF (HMSF) new wells placed on production in the province were located in the Foothills Front region, followed by the Northwestern region (Petroleum Services Association of Canada [PSAC] areas 2 and 7). These areas of the province have the highest levels of NGL content in the raw gas stream and the highest productivity rates.

Eighty-five per cent of all HMSF wells, or 447 wells, targeted

Vertical wells typically target shallower formations with lower liquids content and generally have much lower productivity rates than horizontal wells. New vertical wells in the province in 2020 were primarily located across the Central, Foothills Front, and Southeastern regions of the province (PSAC areas 5, 2, and 3). New vertical wells placed on production as a share of all new wells placed on production continued to decline in 2020, further indicating producers are focusing on horizontal wells.

Figure S5.6 shows the number and distribution of wells commencing production in 2020 by PSAC area. 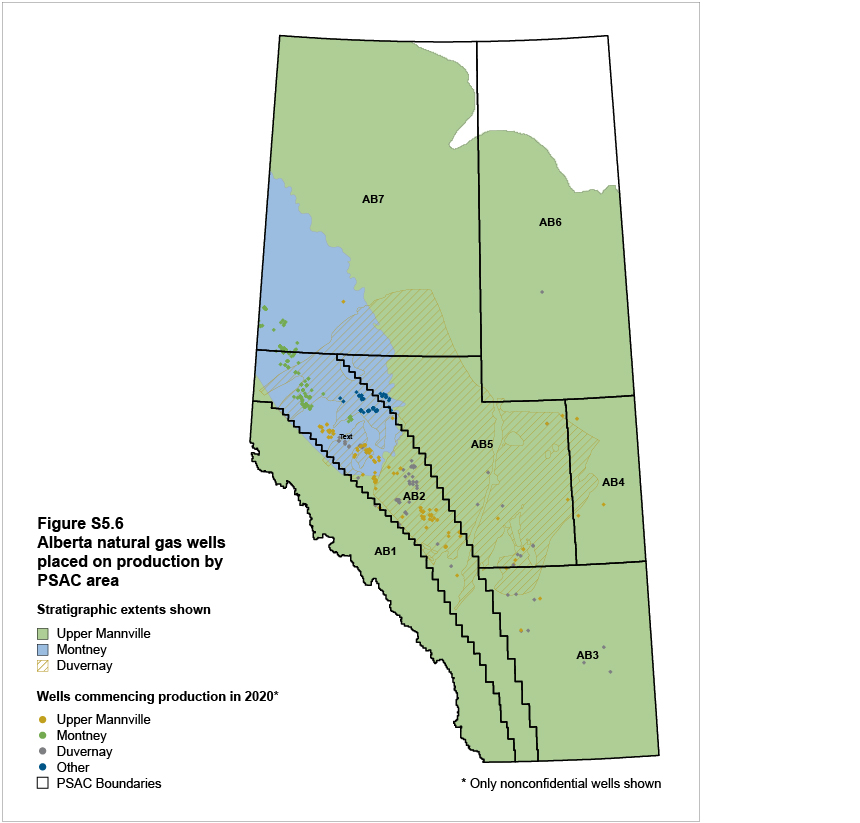 The number of wells placed on production is expected to increase starting in 2021 and grow steadily over the forecast. Higher natural gas and NGLs prices, continued gains in costs efficiencies, and a positive outlook for natural gas demand underpin this increase.

We estimate 1025 new wells placed on production by the end of the forecast, representing a 73 per cent increase from 2020. Over 80 per cent of the new additions will be HMSF wells in the Foothills Front (PSAC area 2) (including new shale gas wells) and the Northwestern region (PSAC area 7).

These areas will continue to be the focus of new gas developments in the province. High-liquids content in the gas and high productivity for new wells are key to their appeal, as well as access to and availability of processing and transport infrastructure, and continued consolidation of operators in the areas. 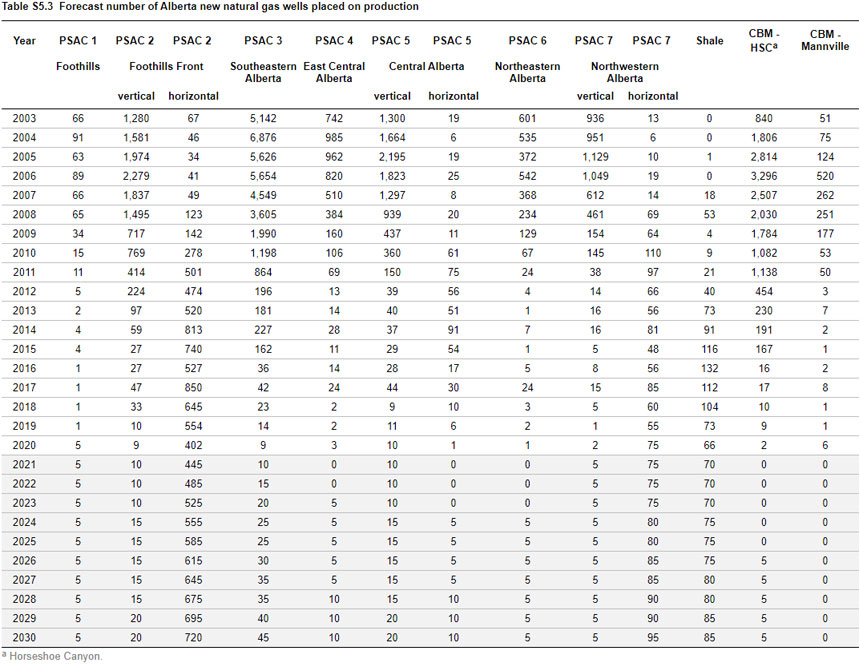